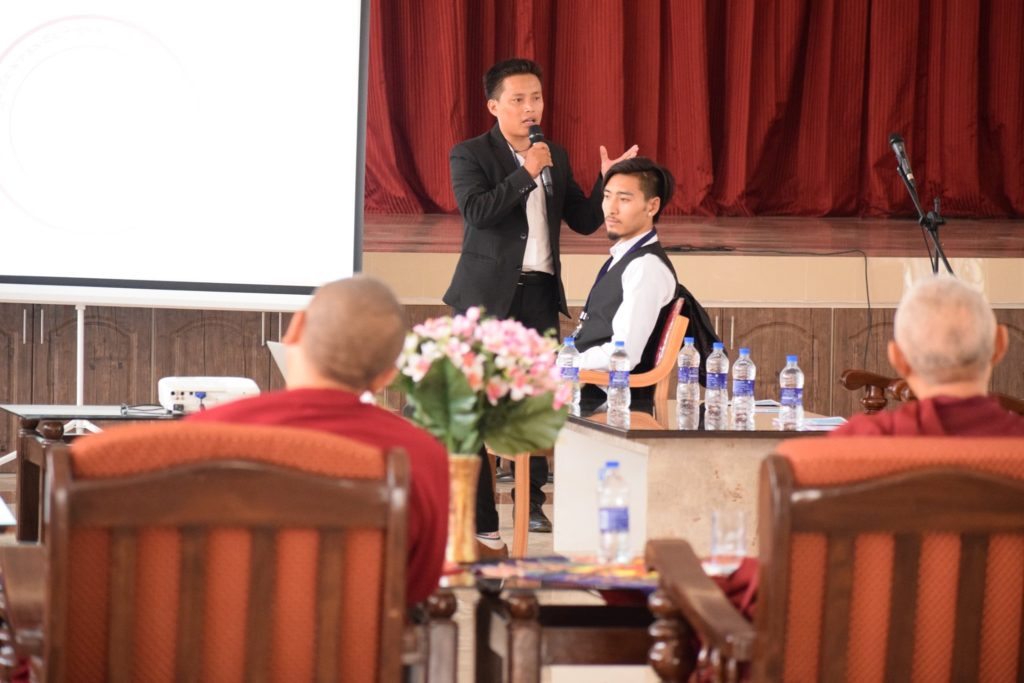 As per the decision made during The BTLA general meeting on 13th Dec 2018,legal tour to south Indian Tibetan diaspora was one among many Project concludedto embark before the term ends and highly emphasis were given and common needwas  felt to spread legal knowledge and ideas among and between Tibetancommunities. Altogether there were 17 participants member for the tour and the topics for the events were comprehensively discussed and distributed among the members on 3rd November 2108 later new topics were added on due to necessity of the circumstances and suggestions from monasteries heads. 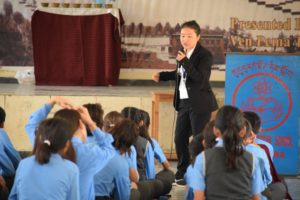 This legal tour was one of our focal project and all members being so determined we were looking for the most appropriate time to begin it. The executive members held a meeting on 9thmarch2109 and decided 17th April to 20th April the due date of the campaign as stings of holidays was falling between those dates. Rehearsal was conducted on 13thApril 2019 to check the preparation and to share mutual ideas and suggestion about content of the topic and campaign as a general which went very successfully. All the participants departed on the evening of 16th of April 2109 from Bangalore to bylakuppe. 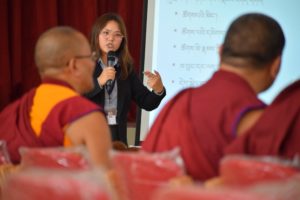 As plenty of time was available due to the cancellation of program we paid a visit of Tibetan Local Justice Commission At exactly 2: 00 PM we all gathered at Sambota School for the talk and we had all the students and teachers in our audience. The topic for the students were

After the talk, we had question answer session, couple of question were asked which were mostly about laws related to sexual harassment and we were delighted to guide some of the students who came after the program with some personal legal problems.

At 7:00 PM we had out last session of the day at TCV Bylakuppe and talked about the same topic as Sambota School. After the session, the Question Answer lasted for around half an hour and eventually had to end because of the school schedule and we were encouraged to initiate more of these program by the teacher in his concluding speech. The topic of Discussion were, 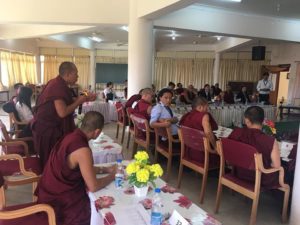 On 18th April, The Second day of the campaign, we had Student Exchange Program between Sera Jay IGNOU Special Study and BTLA. The exchange program turned out to be more of a conference as both group had their representative speaking on the relation between LAW and VINAYA which was the main subject of the discussion and also one of its first kind of program. The idea of comparative discussion between Buddhism discipline and modern law was a subject of great interest from all the participants and repeatedly we witness a healthy argument between two different conflicting ideas from two different school of thoughts. Kunchok Rinchen, BTLA representative spoke about concept of law and Tulku Tenzin Gyurmey from Dharamsala, representative of IGNOU talked about the same FROM Vinaya perspective and the dais was open for discussion.

After the session break, BTLA representative Dorjee Smtan spoke about different argument method in law and the IGNOU representative Sonam Wangden from Dharamsala talked about the similarities and differences between Vinaya and Law. The program was concluded with a nice lunch served by IGNOU. After the lunch, we had a special audience with khe Rinpoche of Sera Jey. 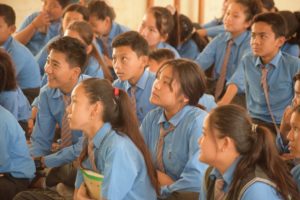 On 19th April, early morning we left for Hunsur as our program was  scheduled at 10 AM at Hunsur Community Hall. The program began around 10:30 and we had around 80 – 100 audience gathered.

The topic of discussion were

As usual the session was followed by question answer round and the speakers were delighted to answer and clear the doubt of many people. We were also very much pleased with the suggestion given by the people at the end of the program. In the afternoon at 2:00 pm, we held another session at Gurupura Sambota School and talked about,

The headmistress in her concluding speech mentioned about the importance of such program in school and we ended the session with a survey. After the program at school we left for Dzongkar Choedhe as our next session was scheduled there next day. Dzongkar Choedhe had made a very comfortable arrangement for our stay there for a night. 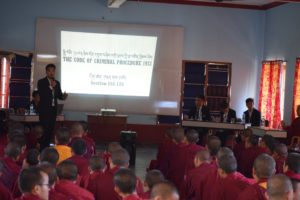 on 20th April morning at 8: 30 Am, our session began with Dzongkar Choedhe Monasteries’ Monks and Rinpoche. The topic of Discussion were,

Like Every day the session was followed by question and answer and the speakers were asked numbers of questions but most of the question were related with working of monastic routine and regulations. Many of them were new to many of the concept and procedure of the law and were delighted to learn them. The program ended around 10:00 am and we rushed to sera Jey for work shop scheduled at 2:00 at Sera Jey Tashi Choeling Centre for the official of various monasteries headed by two abbots of sera Jey and Mey. The workshop Topics were

The workshop ended around 3:30 pm and was concluded with the blessing of khe

The five days of Legal tour including the recreational and team bonding activity day on 21th April was a very purposeful. The enthusiasm of people coming to the program gave us more determination and a sense of accomplishment. We conducted altogether seven programs during this legal campaign and along with sharing what we know we also got to learn so much from this tour. It was a beautiful and purposeful blend of giving and taking knowledge. It enhanced our research skill and as we had to speak quite often, we certainly have improved our eloquence. Moreover, we are very much satisfied with the responses of the audiences.