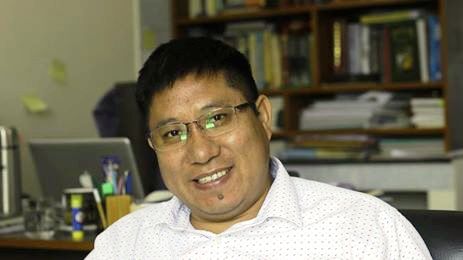 Mr Lobsang Dakpa, (Tibetan Lawyer) is the President of TLA,  a member of Tibetan Parliament in Exile and the secretary of International Tibet-China pen Association,  he is with an LLM degree in corporate  law from Christ University, Bangalore.

He studied in TCV Suja school. He was school Captain  in  TCV Suja and Gopalpur and the Best Boy of the School. He got his LL.B Degree from JSS Law College, Mysore in the year 2013. Soon  after completion of his LL.M, he worked as the Chief Editor, Chinese section of 9 star Multi  National Company, based in Bangalore.  He was also a chief Instructor of Swis Re Company.(2014-2015) Thereafter he worked as Senior News Reporter, in Chinese Language at Voice of Tibet, Dharamsala from April 2015- 31 March 2016.    Currently, he  is the  President of TLA since 31 March 2015 and  prior to that, he was the Secretary  of TLA .