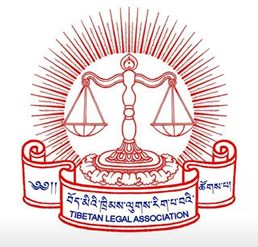 From June 27th to 29th, 2013, the Supreme Justice Commission in Exile held the first Tibetan Legal Fraternity Conference in Dharamsala, and the participants suggested that we should set up an non-governmental legal institution to provide legal aids to Tibetans in exile, popularize legal knowledge, improve legal knowledge, and consolidate the democratic system. With this, build a strong foundation to the future legal system of Tibet. Therefore, the proposal to establish the Tibetan Legal Association was passed at the meeting. On 29th, His Holiness the 14th Dalai Lama met all the participants and gave a high evaluation. He praised the establishment of the Tibetan Legal Association and gave us great encouragement. On July 23, 2014, the association was legally registered under the efforts of its president Mr. Lobsang Dakpa. The office was officially established in Dharamsala in 2016 with the funding support of the Tibet Fund. So far, the association has provided legal aids to hundreds of Tibetans in exile, and has carried out various activities to popularize legal knowledge in many Tibetan Settlements, monasteries and schools in exile. Let thousands of people know the law and understand the importance of the law.

All democratic countries in the world regard the rule of law as a very important thing. Without the constraints of laws, there will be no perfect democratic society, and there will be no prosperity and development of the country. In the past few decades, although the Central Tibetan Administration has provided many facilities for the construction of the legal system and carried out many matters, there are still many Tibetans who are facing the problem of legal illiteracy. This has brought inconvenience to the whole society and has hindered the normal development of democracy. There are many legal issues that are inconvenient for the official to come forward to solve, and only unofficial institutions can solve the problem.

All Tibetan legal scholars, lawyers, and law students have the right to be the member of the association. As of December 2019, 40 people have applied and became the members of the association. Afterwards, due to the pandemic, the trial of members could not be continued. Since 1959, hundreds of Tibetans have graduated from law universities, due to personal life reasons, they rarely engage in legal professional work. The association has one President, one Secretary, one accountant and one cashier. All expenditures of the association are managed by accounting and cashiers, the president and secretary are only authorized to sign and review. The bank account is a joint account; no one can withdraw money from the bank without the signatures of the President and secretary. Since the official establishment of the office in 2016, a total of 10 staff members had served the association, many of whom have resigned for different reasons and are now working in various jobs in different countries. Due to funding shortfalls these years, there are now only 2 staff members.

Since 2016, a total of 610 Tibetans have been assisted by TLA, and about 21 legal awareness activities and legal aid activities have been carried out in different Tibetan settlements, monasteries and schools, a total of 2,848 people have received legal awareness training, workshop and talks. Made 34 videos on legal issues, and the ratings reached tens of thousands of people through Facebook and other social media.

Important examples are as following

In 2020, Ms. Tenzin Dechen, The advocate of TLA, participated in an international Conference on human rights and democracy in Taiwan, where she delivered a speech on the CCP’s persecution of human rights in Tibet, and met with Taiwanese parliamentarians, introduced the crisis faced by Tibetans in Tibet.