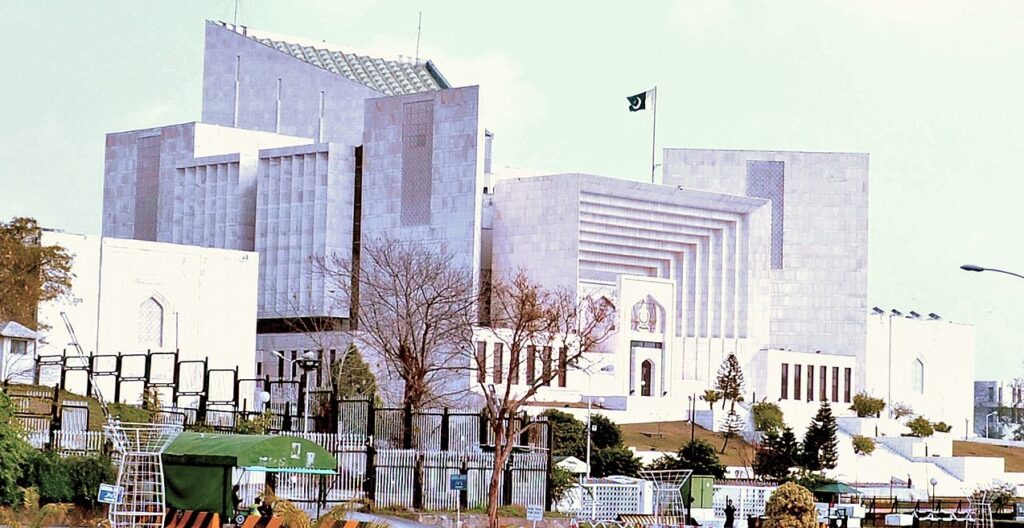 The Supreme Court of Pakistan swore in Ayesha Malik Monday as its first woman Justice. Chief Justice Gulzar Ahmed administered the oath to Justice Malik at a ceremony held within the premises of the Supreme Courtwith several judges, lawyers and Law and Justice Commission officials in attendance. According to the Human Rights Commission of Pakistan, women make up only about 17 percent of all judges in the nation and less than five percent of judges in the high courts.

Earlier this month, the Judicial Commission of Pakistan (“the Commission”) approved Malik’s elevation to the Supreme Court by a slim majority of 5-4. The Ministry of Law and Justice issued a notification Friday stating that Malik’s nomination was approved by President Arif Alvi, which set the stage for her swearing-in on Monday. Prior to this elevation, Malik served as a judge at the Lahore High Court, a position to which she was appointed in March 2012.

Malik completed her basic education in schools in Paris, New York and London and has a bachelor of commerce degree from Government College of Commerce and Economics in Karachi. Malik is a law graduate of the Pakistan College of Law and is an LLM graduate of Harvard Law School, where she was named a London H. Gammon Fellow in 1998-1999 for outstanding merit. She worked at two Lahore law firms and was a Partner-in-Charge of the local office of Rizvi, Isa, Afridi & Angell (RIAA) from 2004 until her nomination to the Lahore High Court in 2012.

Malik has also had a teaching stint as a lecturer of banking law in the Department of Masters of Business and Information Technology at the University of Punjab, and of Mercantile Law at the Karachi College of Accounting & Management Sciences. Malik also voluntarily taught English Language and Development in Communication Skills at Herman Meiner School in Lahore for many years, which is a Save Our Soul (SOS) project. Malik has also been a reporter for Pakistan for the Oxford Reports on International Law in Domestic Courts, an Oxford University Press publication.

Malik has served as an expert witness in UK and Australian courts involving issues of child custody, women’s rights and constitutional protection for Pakistani women. She reportedly has a reputation for strict integrity and discipline in the court and helped deliver several landmark verdicts on major constitutional issues. Particularly noteworthy was a 2021 case where she wrote a 30-page opinion outlawing the “invasive and medically-discredited virginity test” performed on women reporting rape or sexual assault, stating that the practice “offends the dignity of the female victim.”

This was the second time Malik’s name had come up for consideration before the Commission, which had initially considered and rejected her candidature in September as a result of an even split between the panel. However, her nomination was approved by the Commission earlier this month and her name came up for consideration before the Parliamentary Committee on the Appointment of Superior Judiciary (“the Committee”), which approved her nomination.

Generally, the Committee elevates judges to the Supreme Court on the basis of their seniority. While Malik was in fourth position in the list of seniority among the judges of the Lahore High Court, the committee made an exception in her case as she would be the first woman Justice in the Supreme Court. Moreover, as noted by the Women in Law Initiative Pakistan, which works for equality of opportunity and connectivity of female lawyers in Pakistan “there is no requirement in law and constitution to appoint the senior-most judge to the Supreme Court.”