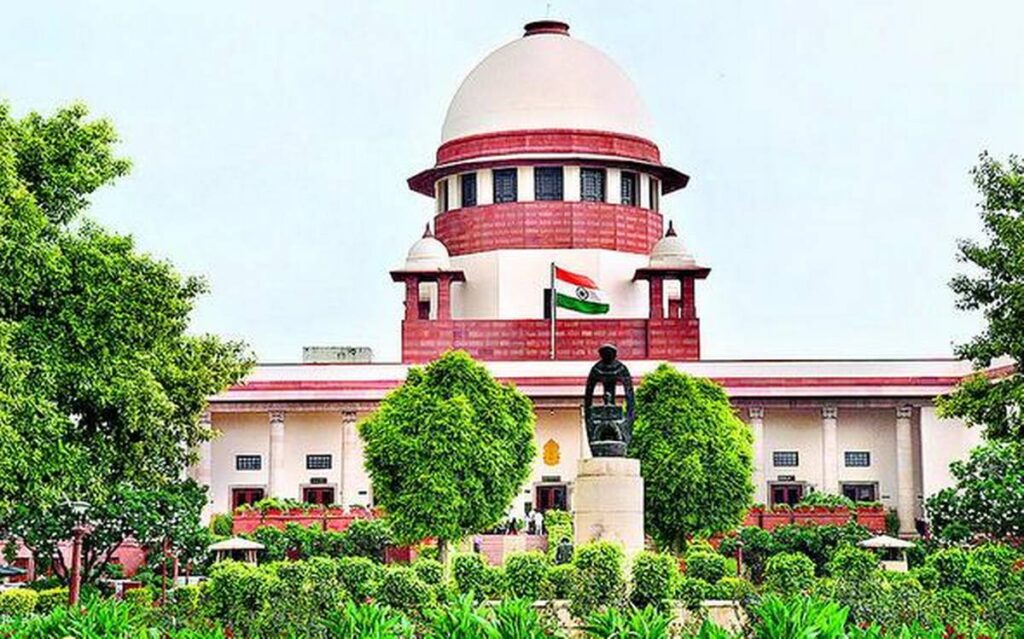 The Supreme Court Monday gave protection from arrest for eight weeks to a man, accused of raping his former partner asking, ‘whether physical relation between a couple who is living together as husband and wife could be called rape’.A bench headed by Chief Justice SA Bobde observed that if a couple is living together as husband and wife, the husband may be a brutal man but can you call the act of sexual intercourse between them as rape? The court was hearing pleas, including the one filed by Vinay Pratap Singh, who has been accused of raping a woman with whom he was in a relationship for two years. The accused had moved the apex court against the Allahabad High Court’s April 2019 order which had refused to quash the FIR lodged against him at Gautam Budh Nagar district in Uttar Pradesh. Also Read – UPSC Exam 2021: Supreme Court Dismisses Plea Of Last Attempt Civil Service Candidates

Filed in 2019, the victim, in her FIR claimed that Singh raped her on the pretext of marriage, but, earlier that year, he tied the knot with another person. “Making false promise of marriage is wrong. Even a woman should not make such promise and then break off,” CJI Bobde said during the hearing conducted through video-conferencing. Also Read – Mukesh Ambani’s $3.4 Billion Deal With Future Group Stalled After Supreme Court Agrees to Hear Amazon Plea

Meanwhile, the counsel appearing for the complainant woman said that the accused had taken her consent by fraud and it was “not a free consent”. “In 2014, the accused took her to a temple in Manali in Himachal Pradesh where they performed “marriage rituals”, said the lawyer. Also Read – Supreme Court Asks RBI To Frame Regulations in 6 Months For Locker Facility Management in Banks

Countering the woman’s lawyer, senior advocate Vibha Datta Makhija, appearing for the petitioner, said that the accused and the woman were in a live-in relation for two years and later she lodged an FIR alleging rape on the false promise of marriage. Makhija said that offence under section 376 (rape) of the Indian Penal Code (IPC) has been added in the FIR to harass the man.

The counsel appearing for the complainant woman alleged that the man had pretended to be her husband but later, he married someone else. He claimed that the woman was physically abused by the accused and referred to her medical records.

Makhija, on the other hand, argued that this is a habitual act of the complainant as she had done this with two other person in her office.

“You know what the courts have said about calling rape victims habitual,” the bench told Makhija, adding, “We suggest that you withdraw this and apply for discharge after some evidence is led”.

“Vibha Datta Makhija, senior counsel appearing on behalf of the petitioners seeks permission to withdraw the special leave petition with liberty to apply for discharge after some evidence are led. Permission is granted,” the bench said in its order.

“However, there shall be a stay of the arrest of the petitioners for a period of eight weeks. Thereafter, the trial court will decide the question of the liberty of the petitioners. The special leave petition is dismissed as withdrawn with liberty as prayed for,” it said.

The counsel appearing for state of Uttar Pradesh said that one of the petitioners, who has also filed a separate plea in the apex court in the matter, has not been charge sheeted by the police in the case.

The high court had refused to quash the FIR in the case saying, “From the perusal of the FIR, prima facie it cannot be said that no cognizable offence is made out against the petitioners. The petitioners are involved in the serious offences hence no ground exists for quashing of the FIR or staying the arrest of the petitioners.”